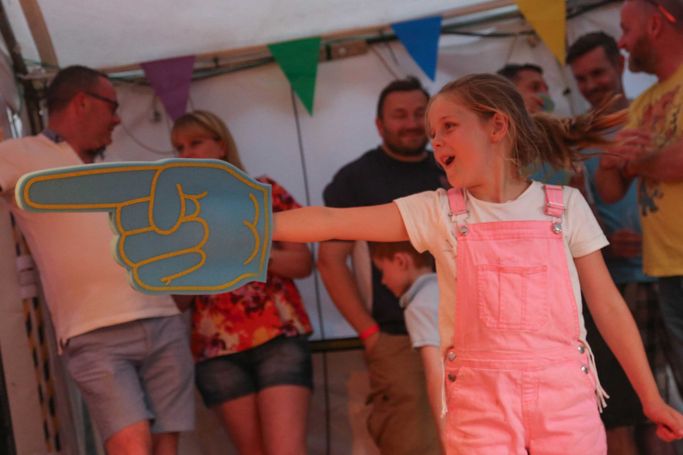 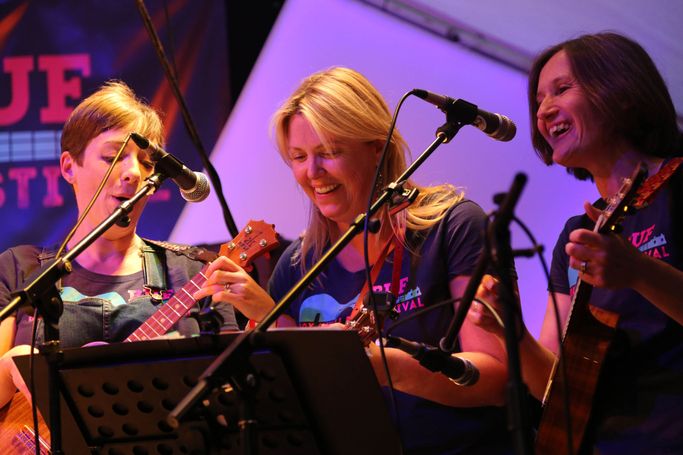 The running order is as follows (to be confirmed):

The Mighty Lemons… headlining the 2022 festival will be The Mighty Lemons, an AWARD WINNING all-singing, all-swinging ukulele ensemble playing a mixture of classic and current pop songs, with a small slice of humour. Inspired by The Ukulele Orchestra of Great Britain, the Mighty Lemons believe that all genres of music are available for reinterpretation, as long as they are played on the ukulele.   Family friendly fun – you can even bring your mum.

Kevin Brown... Although known as a bluesman, Kevin Brown has featured ukulele in many of his tracks recorded over the span of his 14 solo albums. He has a big love for music from both Hawaiian and Jamaican cultures as well the American Deep South. These form a big part of his current collaboration with Gemma Dando and Debs Emberson on vocals and ukes. Expect sweet harmonies and uplifting songs for all the family.

The Frukes… is a loose collective of forgotten souls who try to bring meaning to their lives by plucking small instruments. Like monkeys in a room full of typewriters, this sometimes results in something beautiful.  Almost unable to perform without the use of alcohol and strange dancing, The Frukes create the musical equivalent of fast food: instantly gratifying but leading to feelings of guilt and a strange desire for more.

Uke Can’t Be Serious… is a Bath based band who play for the joy of playing and to raise money for charities. They play an eclectic range of music from Hank Williams to Pink Floyd, from Blondie to Bob Dylan, from Creedence Clearwater Revival to Depeche Mode, from Oasis to Orchestral Manoeuvres in the Dark… and many others. They are always surprising and always fun.  As well as playing locally they have toured to London, played on deck of a classic steamer in The Solent, played at the Samphire Festival at Porlock and have represented Bath at a city twinning music festival in Braunschweig, Germany.  They are planning to tour to Aix-en-Provence this year.

The  Offshoots… are seven  friends  from North Cornwall.  All members of the St.  Merryn Ukes previously,  this little band was originally set up by Dave Maddox Brown  for a support slot at Prideaux Place.  The support slot went well.  The band  enjoyed the freedom of playing together and kept going through the pandemic, on the Internet,  in small   groups outside and eventually  together again indoors.  They play classic pop and rock as well as some traditional songs.  The highlights are the vocal harmonies of the ladies and the song arrangements.  It is of course all for their enjoyment and it is great fun!

Sad Ken... are a uke and guitar combo of middle-aged dads playing abridged acoustic covers of 80's/90's metal.  They have a particular fondness for playing Iron Maiden classics as well as other early heavy metal songs that they've taken a shine to.  They like to put their own flavour on the tunes which manifests itself as a weird sort of acoustic folk/punk/rock fusion.  If that sounds like your cup of tea then against all odds you've come to the right place!

The Grassy Knoll... "Hello! We are the Grassy Knoll. We are a Ukulele band from Bristol who specialise in playing covers with our own imaginative twist and (hopefully) will make you laugh! We aim to raise smiles and money for a local Bristol Charity; this year our nominated charity is Gympanzees- ask us more about them when you see us play."